Using bots can ruin the game for others (and you). Don’t fight gyms and don’t brag about the 2500 CP Dragonite you didn’t catch yourself!

My Pocket C.H.I.P. arrived about 10 days ago and still I hadn’t figured out anything cool and useful to build with it. During a visit on Reddit, I came across /r/pokemongodev/ and some threads about a Pokémon GO bot. I did some research and decided to try it out on a secondary account. The bot is written in Python so I decided to put the Pocket C.H.I.P. to the test.

Installation doesn’t differ a lot from the official instructions. There are only a couple of extra packages needed. You can either use the Pocket C.H.I.P.‘s keyboard to execute the commands or use SSH. I recommend the latter (don’t forget to sudo apt-get install ssh first though, because it’s not installed by default and also change the default password!). Before we begin installing the Pokémon GO bot, we are going to need some extra packages. The firmware I’m using for Pocket C.H.I.P. is the stock/official one that the device shipped with.

After everything is done, we can continue installing the bot. Commands are taken verbatim from the bot’s wiki.

It will take some time, be patient. It compiles a lot of stuff (for some reason). One last step is to obtain the precious encrypt.so library. The file is needed for encrypting and decrypting(?) packets to and from(?) the Pokémon GO servers. I was unable to find a compiled version (GitHub project mods also deleted the file every time someone uploaded) and everyone seems to be begging for it in the comments. We will compile the file ourselves, forget the pre-compiled binaries.

Last but not least, the configuration file! Just copy the example and modify it to add your credentials. The config.json contains your bot’s characteristics and its general behaviour.

Every time you want to start the bot, you need to activate the Python environment and execute the run script. 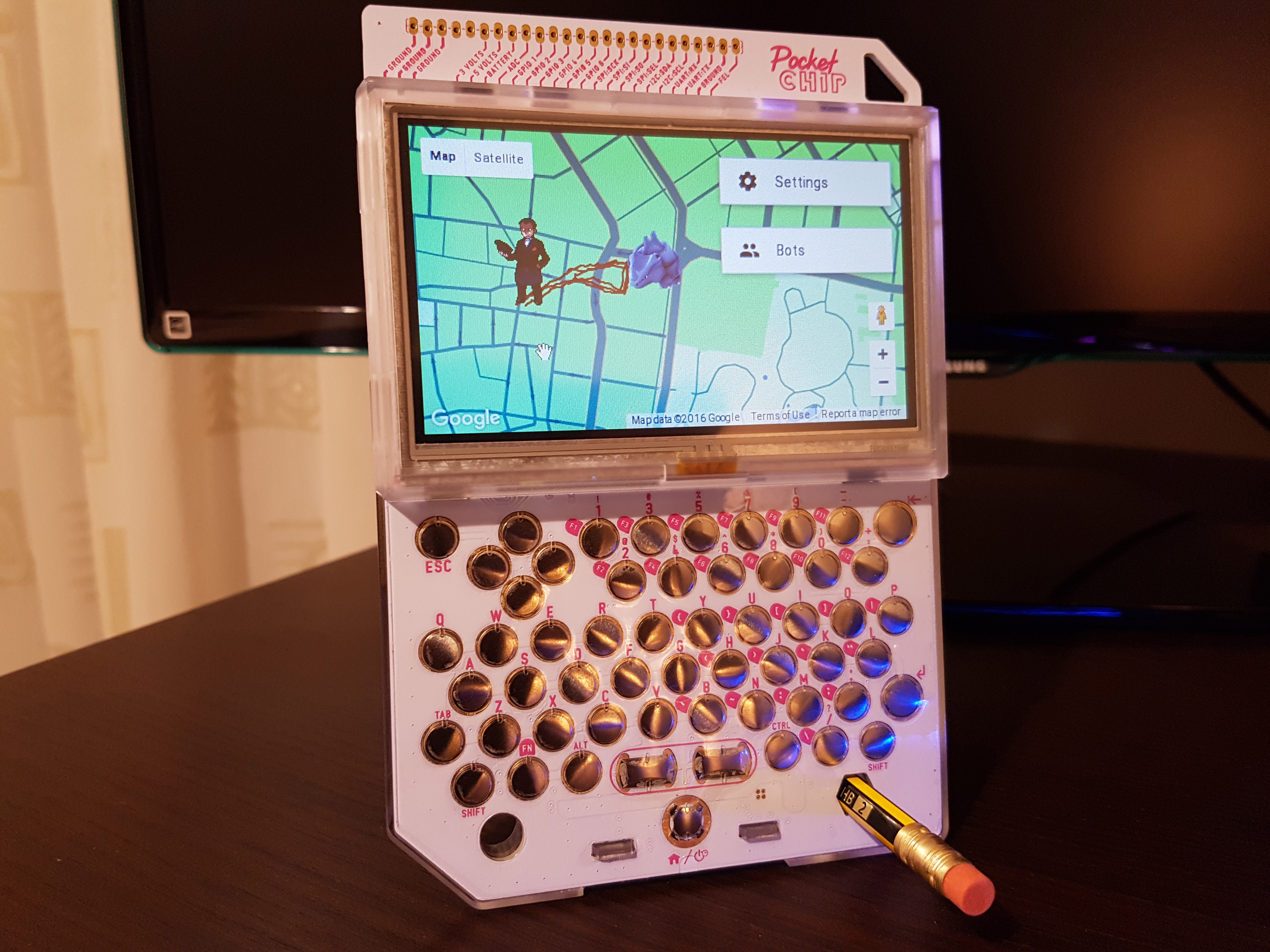 Congratulations, your bot is now running and visiting PokeStops (amongst other things)! Let’s move on to the web interface so we can observe what it does. Again, we need to configure the app with our credentials.

You can use whatever browser you like to see the map on the Pocket C.H.I.P.‘s display. Just type surf localhost:8000 on the console to see it working.

You are ready to roll!